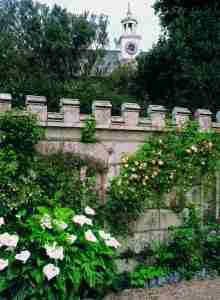 These gardens, some 12 acres, were laid out in 1758 to complement the alterations and improvements made to the house at that time. Given that they were the last major alterations to the house, these gardens are being restored to the 18th century landscape plan which Dionysus Williams drew up, and which is now preserved at the County Record Office.

Pleasure grounds were a transitional form of landscape design somewhere between the Classical and Romantic. At Trelowarren, they represent the embracing of the English Landscape Movement with direct influence from the work of Alexander Pope in Twickenham, and also Ralph Allen at Prior Park, in Bath. In design, they follow the attributes of Rococo gardens: smallness of scale, regular irregularity and architectural incident. These are the aims of the restoration.

The later Victorian gardens, which were planted over the original landscape, were blown down in the hurricane of 1990 and most work so far has been to re-establish tree planting in the original compartments. While initial excavations have proved the existence of the substantial terrace, the inner and outer “serpentines” (two paths which examine the beauty of different types of curve) and the foundations of some temple sites, much work, both archival and on the ground, remains to be done. 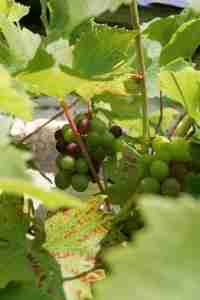 In terms of planting and colour, the policy has been to return to the practice of the time which has led to the removal of all later species and hybrids – the rhododendrons, camellias and azaleas, to name but a few.

The beauty of the garden will rely on its design, the play of light through darkness to a background orchestra of thousands of different, natural “green hues”. In the 18th century, there was a school of landscape thinking that wanted to eschew obvious “beauty” – such as the sensationalist late-Victorian exotica – so the mind could be released to contemplate greater matters, often suggested by architectural incident such as inscriptions, temples, urns and statues.

The Lawns are available for hire for weddings and celebrations for up to 150 people and watch this space for news on our Walled Garden project.

Open for Trelowarren Estate Guests only, from 11am to 5pm.  Dogs are not permitted in the gardens.