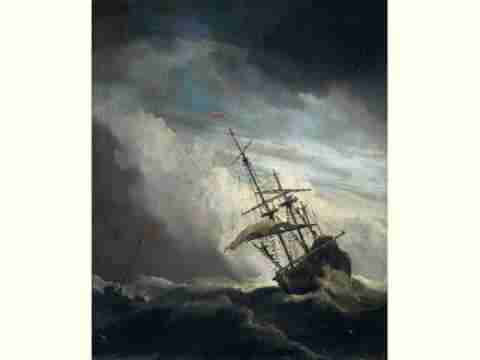 A poem at Christmas needs to have a good narrative drive and not be too full of itself as a poem. Epiphany is the time for the tragedy of TS Eliot’s The Journey of the Magi, but on Christmas Day I think Robert Louis Stevenson’s poem, full of sentiment, family, food and firelight (set against the icy horrors of a tall ship caught on a lee shore) is perfect and a proper tear-jerker to boot. Thank you Miss Bailey for turning out the lights on a dark wet and windy winter term afternoon, reading it to the Lower Fourth and telling us about allegory. Only she didn’t, because that’s not how we were taught English in the 1970s. The lights were ON and the classroom was QUIET and then we did a COMPREHENSION – in SILENCE. But the silence was lovely too and the questions were good ones – the type of questions that illuminate rather than deceive.

We have launched ourselves at Christmas in a variety of ways over the years. For a couple of years, when we had friendly tenants in the house, we used the Chapel on Christmas Eve. Chilly enough to justify a coat and dark enough not to feel self-conscious, three of the nearly grown up cousins read TS Eliot and in the candlelight looked like a painting of the apostles, and we sang unaccompanied carols that we liked – The Sans Day Carol for me, the Coventry Carol because it was my mother’s favourite and the Cornish version of While Shepherd’s Watched (called Lingham).

And then two of us read How the Grinch Stole Christmas and FV read a letter from Walter Drummond Vyvyan about Christmas in the trenches. I thought it was lovely and a bit of magic crept in through the shadows.

Another year when we weren’t allowed anywhere near the Chapel, we lit the fire in the Pizza shop and the musical part of the family rustled up two violins, a viola, two cellos and a keyboard (which can be made to sound like a harpsicord) to play the Brandenburg Concerto No. 3 in G major. The nieces took their turn to look like renaissance angels in the candlelight and then we all ate pizza and drank mulled wine and quite a lot of magic crept in that year.

This year we have a couple who would like to get married at Trelowarren on the 19th December, and a nearly-four grand-daughter, and a cantilevered staircase, and so we have every excuse to get decorating a bit earlier than usual. Our family tradition used to be to stick to the Twelve Days of Christmas. Tree up and decorations done on the 24th and down on January 6th. And then I unbent a bit and declared that the family birthday on the 21st was Day 1 – and this year we look like going for it a week before Christmas.

Because I say so.