Welcome to our new monthly blog with Victoria Vyvyan – each month she will be talking about the unique Cornish habitat here at Trelowarren, our history and general happenings. From red Squirrels to murders on the mount, there is lots to tell. Is there something you’d like to know more about? Comment on this blog and we may well talk about it in future blogs. Read on for the first of our monthly blogs…

In August and September this wildflower grows all over the lawn to the south and west of the Trelowarren house. It’s not at all rare, but it is very attractive – it likes short grass and acidic soil and grows with a spare habit and small blue pom-pom flowers.

Devil’s Bit Scabious (Succisa Pratensis … thank-you internet) is exceptionally popular with Trelowarren bees of all sorts, but in particular with all of the different kinds of pre-hibernation bumble bees. It is also the favoured, and possibly only, flower on which the vulnerable marsh fritillary lives. I don’t think I’ve seen any marsh fritillaries on our flowers; it’s pretty damp but not exactly marshy. Most noticeably it’s a winner with the buff-tailed bumble bees who are there in their hundreds.

It’s great to see rare things, I’m as pleased as the next person to see a marsh fritillary, but it is also very gratifying, and reassuring, to see a healthy population of a flowering plant that can be seen on most un-improved acidic grassland, along with a thriving population of pollinators.

Benchmarking is at the heart of the new Environmental Land Management scheme which is the heart of the new Agriculture Bill. In one brief benchmarking survey of Trelowarren this summer, scientists from the University found 11 different kinds of Bee. I suppose we won’t know if that’s good or bad until we see next year’s total – that’s the thing about benchmarking, you put a marker down and you say this is where we begin to measure what we have and then we’ll know (not guess – know), if it changes.

Apparently the Angevin kings thought that Devil’s Bit Scabious had a reputation for being good to cure scabies (rather an old fashioned Angevin kind of problem I imagine), and apparently the devil bit off the plant’s roots because he was angry about its healing powers. I think that must have appealed to Henry II who was well known for collapsing with rage and chewing the rushes on the floor. I know how he felt. 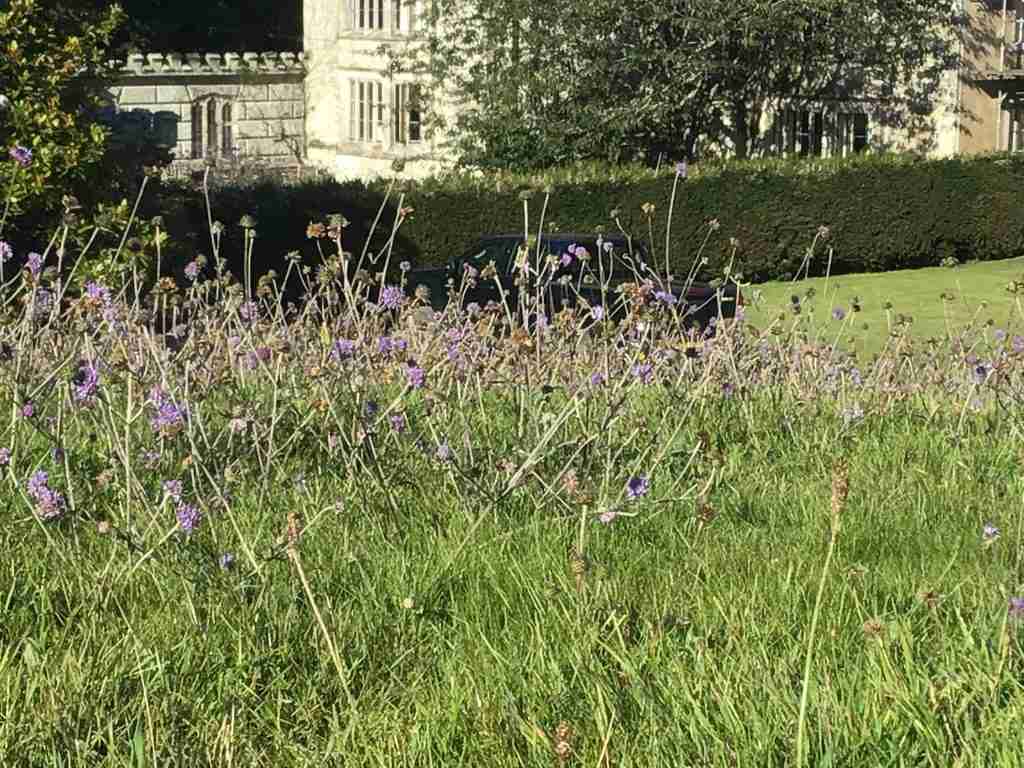