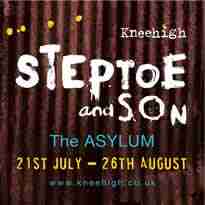 Adapted for the stage by Emma Rice.

A Co-production with West Yorkshire Playhouse.

Bound together by birth, business and bloody bad luck, Albert and Harold Steptoe wake up every morning to the same old sickening sight of each other.

Joined at the hip and heart, they bother, bicker and banter their way through life – toying with each other’s frailities like mean kittens. Do they even notice the world turning as they cling on? There are ladies if they would only look around them, and space travel… and Cliff Richard! 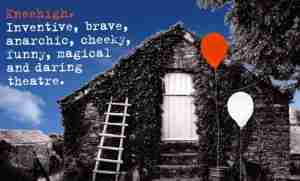 Adapted from the legendary scripts of Galton and Simpson, this new production charts the tender, cruel and suprising dance of father and son. Bound by duty, fear and poverty, they are watched over by their female Guardian Angel. She tries to save them, tries to turn their heads to the heavens, but those stubborn old work horses just won’t budge.

Darkly comic, and deeply moving, this is the re-imagining of a twentieth century icon.

Tickets for performances at the Asylum in summer 2012 available from the Hall for Cornwall website or by calling 01872 267910.