Having sent out 5000 tons of Sitka …what happens next?

5000 tons of Sitka have been taken from Double Lodges Plantation so we are now at the point of deciding between re-planting those blocks with a cash crop or trying to move back to the picturesque planting scheme around the Double Lodges entrance. Of course we have to bear in mind that this is a much older drive than those 150ft ilex saplings on the Garras drive. To imagine this drive as it was, come in through Double Lodges (both pillars in place and ignoring the damage done when the brand new lead was stolen last year) and after 250 yards turn right at the gateway that is just after the Trezemper turning, and then travel through the deer park (alongside the rifle range) through The Lawns (which is not a lawn but the name of a field) along beside the park pale to approach what is now the front of the house – but was then of course the back. 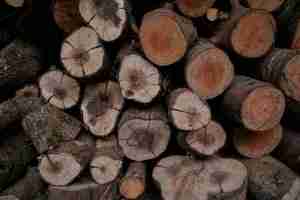 So in context around Double Lodges we would expect to see the moorland (Erica Vagens, or Cornish Heath, abounding) with occasional and appropriate Romantic tree planting. At Trelowarren we have a very unusual approach to Romantic landscape, which you see by the way that the park doesn’t have conventional parkland trees but has them planted around the edge creating a ‘mysterious boundary’. So what we might do is shadow this idea by putting the new planting around the edge and then coppicing it for the chipper.

Or we could plant another potential 5000 tons of Sitka.

Diary … Autumn 2011 : The trees were planted just 37years ago and are now ready for harvest. What a sight! We were a bit nervous about such an enormous change but its actually very exciting seeing a piece of ground being freed up after such a long time. The plantations at Double Lodges, right and left, are gone and the docks at Falmouth have this HUGE pile of Trelowarren timber waiting to be shipped to Germany for making furniture. It seems quite topical that there isn’t any furniture manufacturing in the UK to make use of our own timber.

The pressure is on and of course the deadline is there in the form of a ship coming into the docks to pick up the timber. It’s not an easy crop to harvest and the rather inclement weather we have had recently hasn’t helped (think Nash paintings of the Somme) but massive lorries piled high with the 12’ lengths are leaving the estate, moving out and rumbling through the streets of Falmouth.

The Double Lodges drive is closed for three weeks and when its all over we will have the opportunity to plant trees to coppice for our biomass, such as chestnut, and restore some of the protected Cornish heathland.